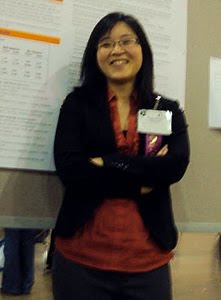 Right now I'm enjoying having the opportunity to work as an independent clinician for the first time. I'm interested in issues of multilingualism and cultural and linguistic diversity as they relate to language development and language disorders, and eventually I hope to find a job doing therapy with bilingual children/adults. Part of me will always miss Vladimir, and I know that if I hadn't spent that year helping American Home students acquire a foreign language, I wouldn't be doing the work that I'm doing now!
Posted by annie at 1:04 PM